Posted by Nicholas Elliott, from the Tech team on Saturday 27 June 2015 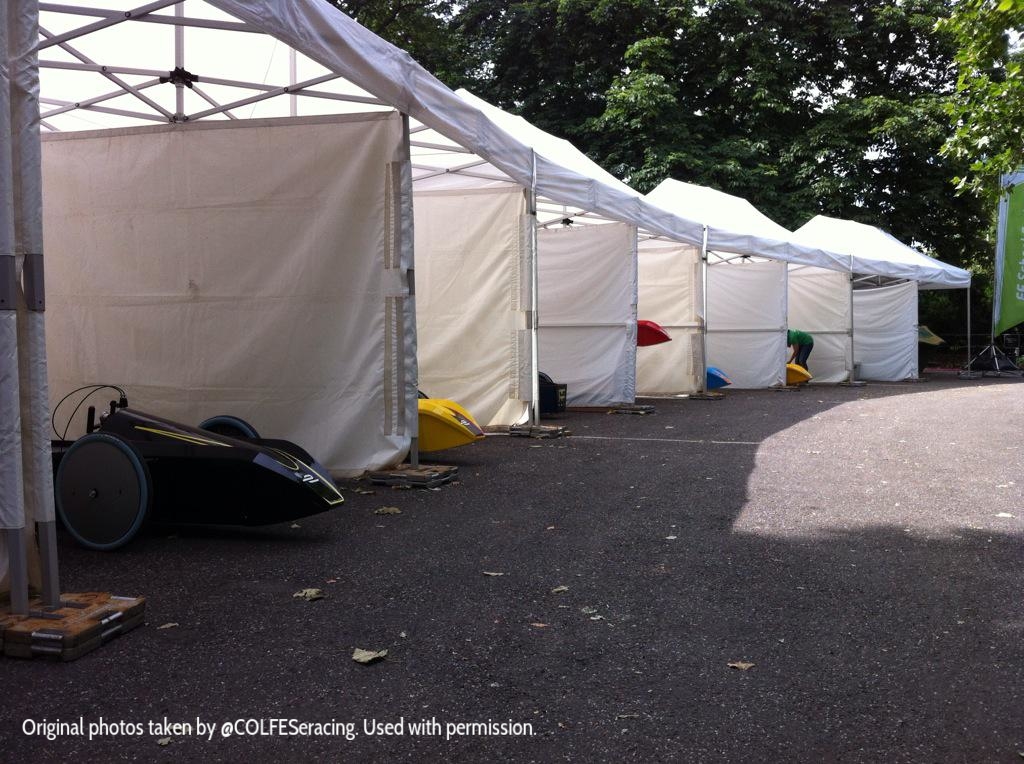 Today was the big day! Our drivers got to take the car for a spin on the track at Battersea Park. The pathways at the park itself had been converted into a race-safe track in preparation for the Formula E Race, as well as the School Series Race.

The race consisted of several schools from across London - such as Highgate School, Elutec(An UTC), and Chelsea Academy. (Full list can be seen here)

The race was off to a great start, with reports of our driver (Pedro) holding a strong lead. Shortly after however, things didn't go too well as one of the tyres gave way. This was a big disappointment as the team and drivers have been training hard for the event, and lots of time has gone into getting the car ready. Our tyre got replaced and we rejoined the race, however at that point it was almost finish. The cause of the tyre popping is still not known.

The after party was no-doubt one of the other worth-mentioning highlights of the event, with lively house music and various people cutting shapes(dancing) on-stage. The team members that attended also took pictures of and with the various electric cars on show.

The lucky winners of this race were Colfe's School. 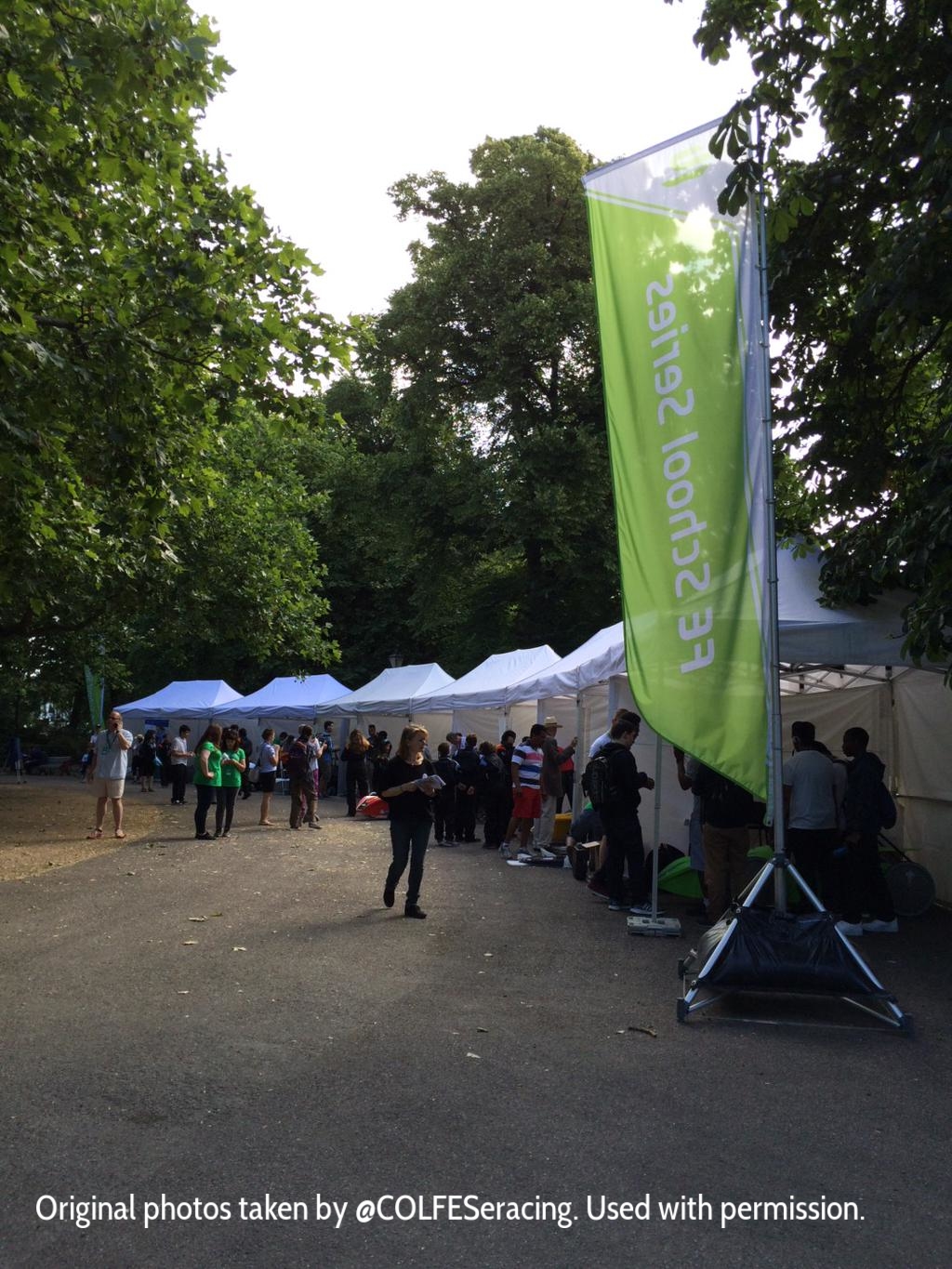 Above may be expressed the views or opinions of individual team members.
Other team members or the team as a whole may not necessarilly endorse the aforementioned content.